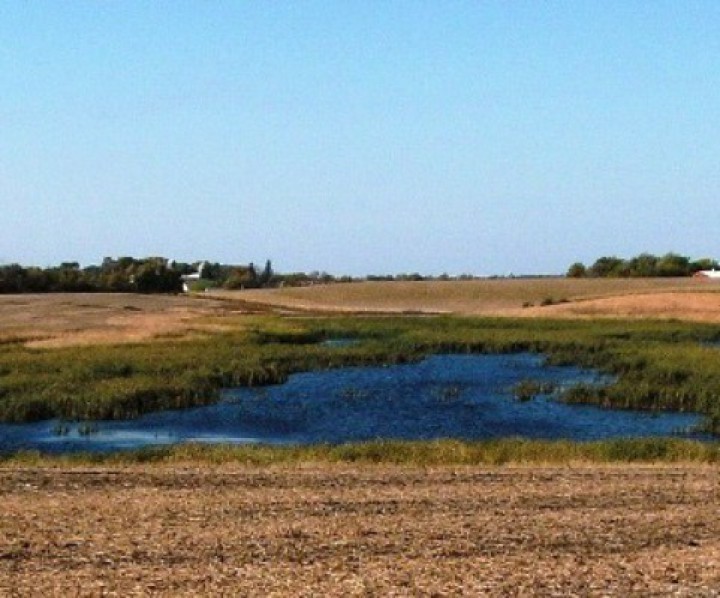 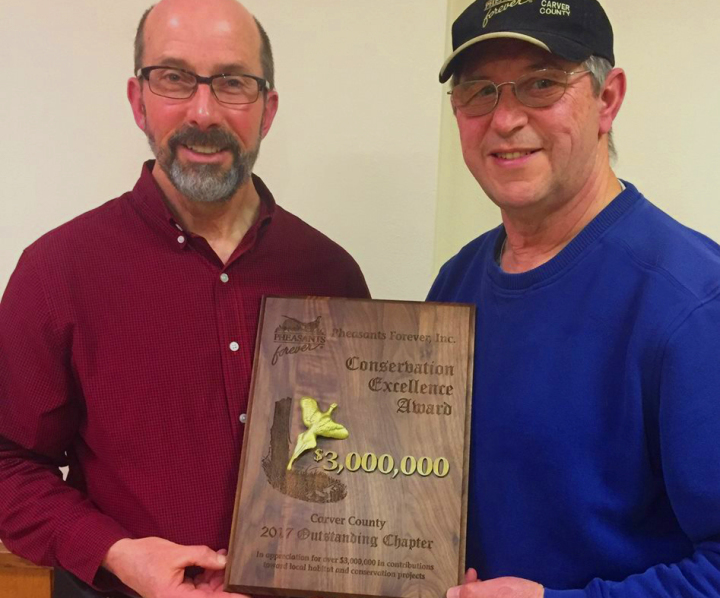 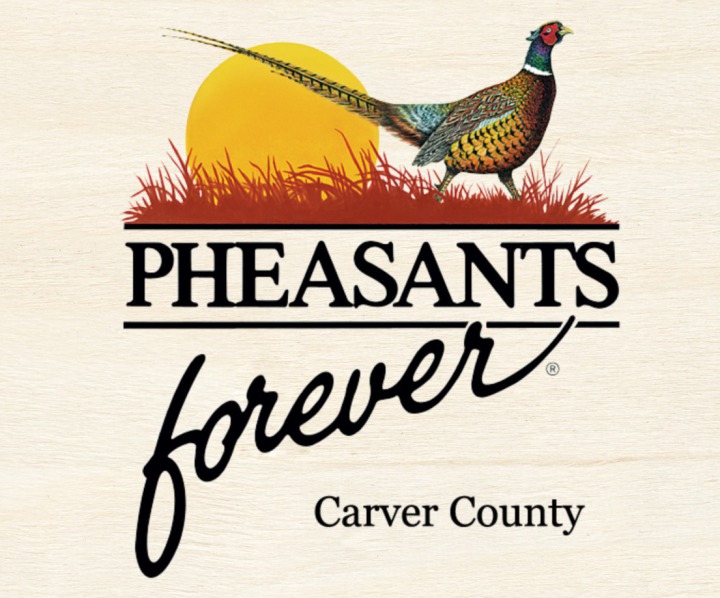 Since its creation in 1986, CCPF members have worked tirelessly to give the gifts associated with the mission of Pheasants Forever, a national non-profit organization that calls for the protection and enhancement of pheasant and other wildlife populations through habitat improvement, land management, public awareness and education efforts

“We just love to see the wildlife out there,” said Scott Scheele of Norwood Young America, who is one of CCPF's founding members and was the chapter's first president. “We just want to save the wildlife habitat in Carver County.”

Under the leadership of those 12 men, the chapter held its first meeting in September 1986 and received its charter in October 1986. By the time CCPF held its first banquet in January 1987, membership had grown to 40 people - although the banquet itself was attended by 350+ people, including Minnesota Vikings legend Bill Brown.

It didn't take long for CCPF to become one of the most active Pheasants Forever chapters in the nation. In 1988, CCPF was recognized as the seventh highest spending chapter in the nation for habitat spending. It was no small feat, considering there are more than 600 chapters and 100,000+ members in Pheasants Forever throughout the United States and Canada.

The first sponsor of CCPF was the Hamburg Hunting and Fishing Club, which donated $2,000. Today, CCPF boasts 500+ members throughout Carver County.

As noted, CCPF conducts a variety of conservation activities throughout the county - but it should be noted that the chapter isn't just for adults or land owners. Younger people also benefit from CCPF's educational programs and special events.

The educational programs (an effort led by Tom Cooper, CCPF's education committee chairman) are offered to schools and groups such as 4-H clubs - although CCPF teaches adults as well. The special events include a wood duck house building day for children. CCPF also recently created a scholarship program for students interested in conservation.

CCPF also annually sponsors a trip for two youths to attend a week-long camp that focuses on conservation.

The chapter finances its efforts through its annual banquet, which is its chief fundraiser. In the past 19 years, the chapter has raised almost $380,000 for local conservation projects.

CCPF controls all of the money it raised at its banquet. The majority of these funds are spent with Carver County habitat restoration projects. The chapter does annually donate to the Minnesota Habitat Fund, which uses these dollars to purchase private land, enhance the habitat on it and turn it into a public hunting area.

One local example of land purchasing is the Perbix Waterfowl Production Area, which is located near Hamburg.

“It was purchased in the spring of 1997,” explained Chip Hentges of the Carver Soil & Water Conservation District (SWCD), which works closely with CCPF because the SWCD has a direct connection to landowners on a daily basis and has access to a number of federal, state and private programs that are beneficial to the mission and activities of CCPF.

“(Since then), 164 acres of native grasslands have been planted, 67 acres of wetlands have been restored and a two-acre woody food plot and winter cover was planted in the spring of 1998.”

Focusing on habitat improvements in Carver County is CCPF's most important activity. “The biggest goal for Pheasants Forever is to work with local landowners to help them establish good habitat for wildlife,” Hentges affirmed. 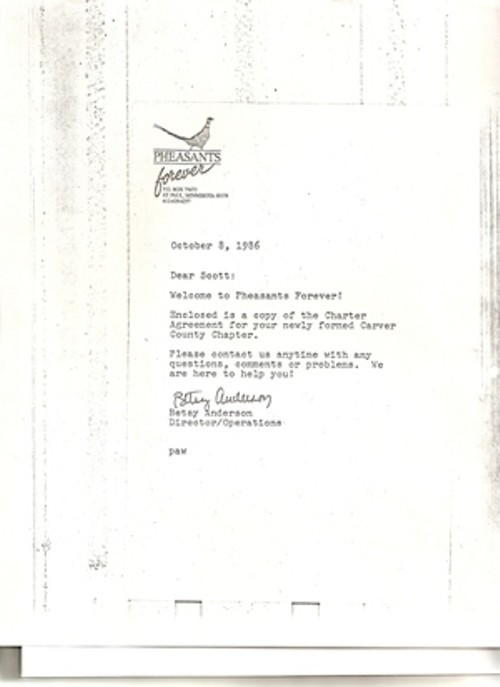 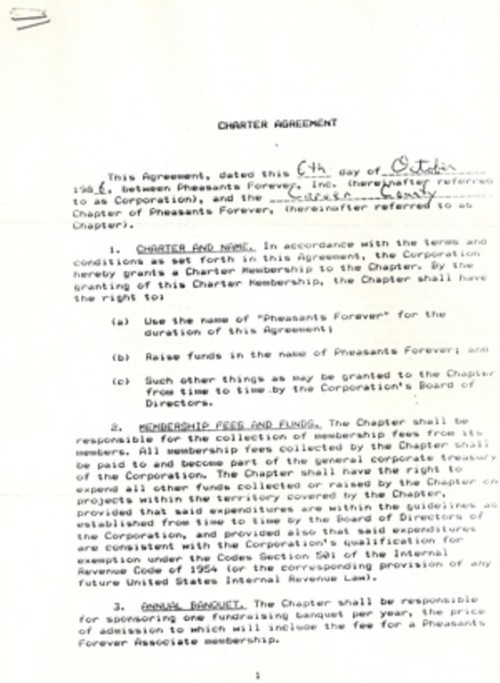 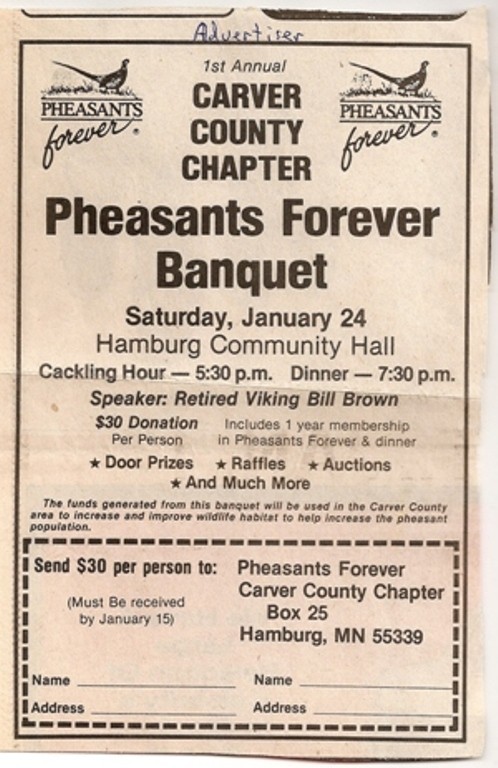 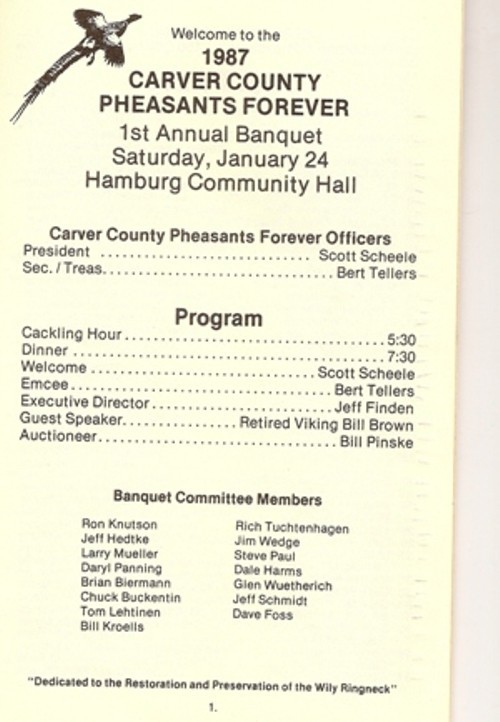